In February 2005, U.S. Army Sergeant Maverick Tuufuli’s unit got hit with an IED while on patrol in Iraq resulting in the amputation of his left leg. After spending five months in the hospital and three months in rehab, he returned home and was given the opportunity to finish out his Army career. But, with nine years to go and with a young family at home, Maverick opted to leave the Army and purchased a two-story home close to the base in San Antonio, TX.

Initially, he loved the home but soon realized it had its limitations, including stairs and narrow doorways. Still, he made it work and watched his two young girls grow up there. He also cared for his wife, Rhonda, who battled cancer, there. Sadly, she lost her battle in 2018.

Read more to learn about SGT Tuufuli’s service, his involvement in the veteran’s community, and how a custom-built, accessible home would help him and his family. 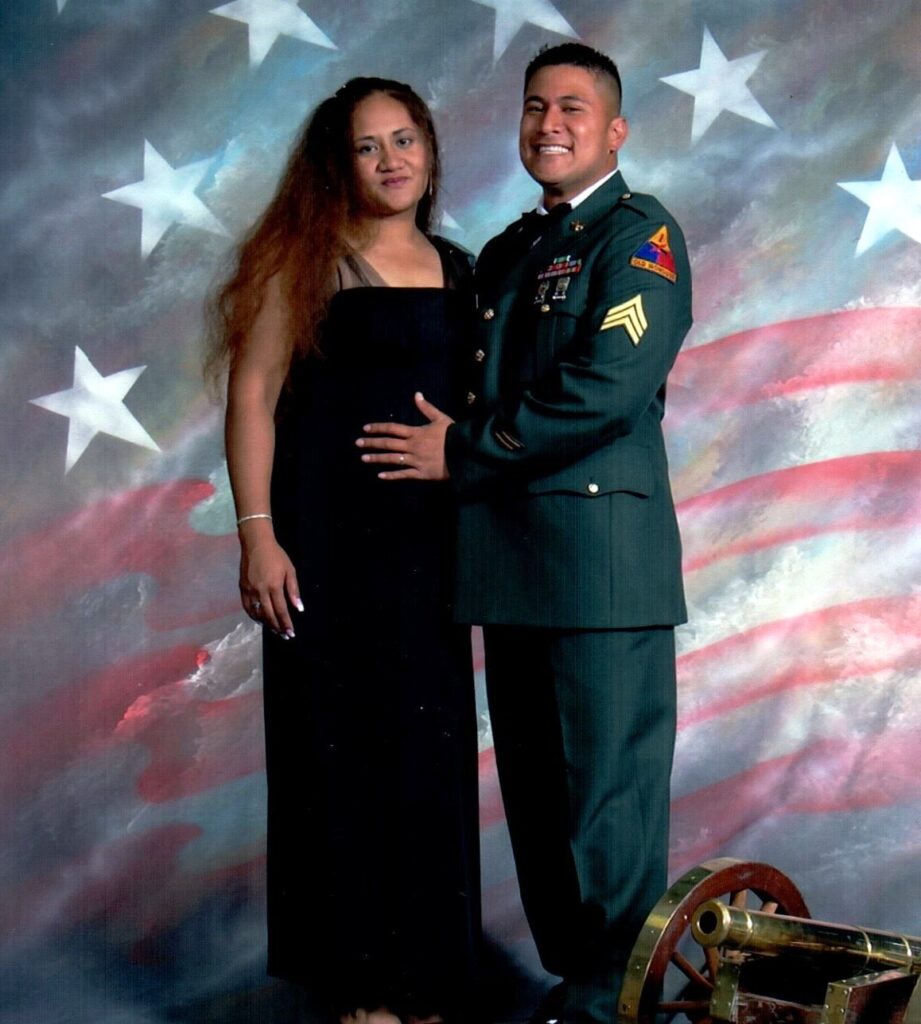 In February 2005, U.S. Army Sergeant Maverick Tuufuli was getting familiar with the outskirts of Taji, Iraq. His unit was replacing another one there and while out on patrol, got hit with an IED.

Conscious and somewhat aware, Maverick wasn’t sure of the extent of his injuries. Hearing gunfire all around, he was transported to an area hospital and prepped for surgery. Then, he passed out and woke up in a hospital in Germany, where he stayed for five months. He underwent several surgeries, including the amputation of his left leg, but the doctors couldn’t control his temperature, which kept spiking. His prognosis was not good, but he pulled through. Once he left the hospital, Maverick spent an additional three months in rehab.

When he finally made it home to the U.S., he returned to military housing and was given the option to complete his army career. With nine years to go, Maverick opted to leave the army and hence, his military housing.

His young family moved into a two-story house close to the base in San Antonio. Despite his many challenges, his wife (Rhonda) and two young daughters (Maselina and Kitana) were his biggest supporters. In turn, he became an involved father and was able to be there and care for his wife during her cancer journey. Sadly, she lost her battle in 2018.

Today, Maverick has one daughter graduating high school and one who is a junior. He enjoys watching both play volleyball for their high school and club teams, and he is actively involved in the San Antonio Para Sports wheelchair basketball league.

Although he and his family made many memories in his current home, Maverick is looking forward to his new home, which is one-level with big rooms and big doorways. “I’m so excited not to have to walk up stairs anymore,” he said. “It’s going to be great!”

Please join us in thanking SGT Tuufuli for his service and sacrifice by signing his guest book below.

A home for SGT Maverick Tuufuli, built with accessible features to ease his daily challenges, which will allow him to feel safe and secure.

Veterans with eye related injuries and amputees can struggle with high cabinet shelving. Pull down shelves bring hard-to-reach items down.

Accessible appliances have features that include upfront controls, one hand operation, are easy to open and require no more than five pounds of pressure.

Wider doorways with maneuvering space and zero threshold clearances make entrances that are designed to open doors for everyone. 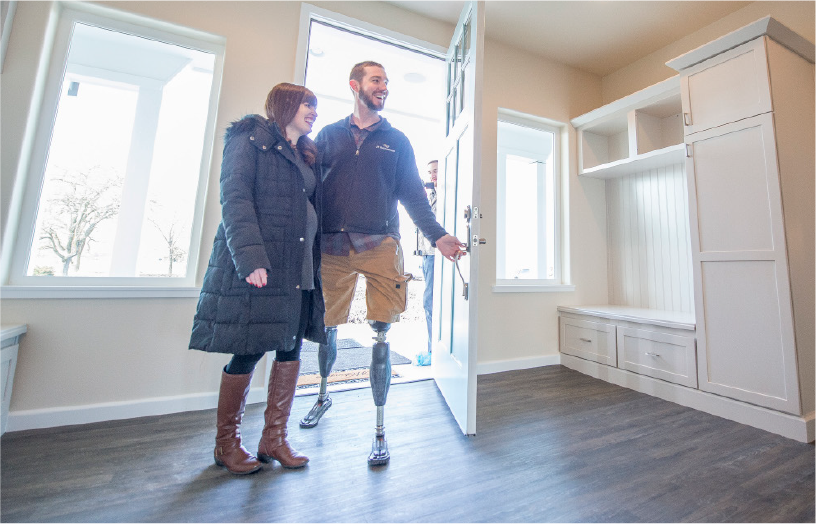 Custom built showers accessible for wheelchairs and comfortable for people of all abilities include grab bars, slip resistant floors and seating.

Lower countertops accommodate wheelchair users, allow for ease of use and are free of sharp edges. Sinks include knee clearance, space below and shallower depths.

Our homes are 100% accessible and include customizations for the veteran’s pastimes, interests and lifestyle such as flagpoles, dog houses, and hobby spaces. 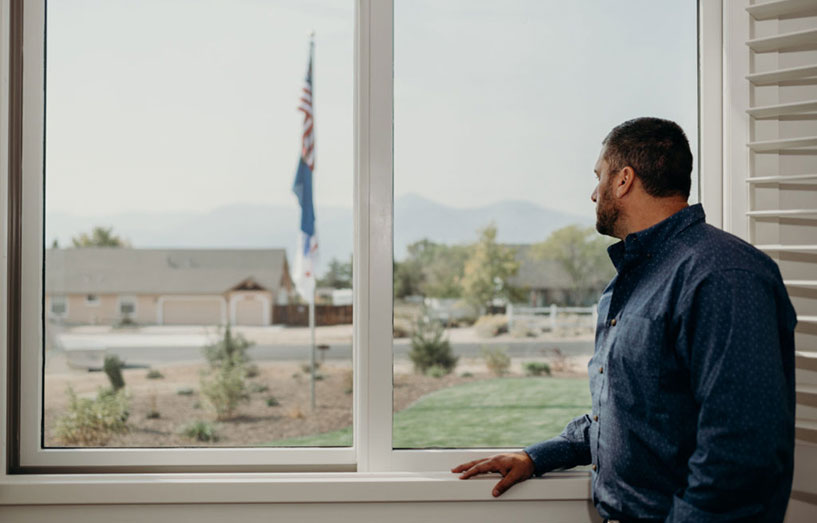 We can’t thank enough, everyone involved in the completion of 18 homes, and counting, built for our nation’s most critically wounded veterans. Their strength and perseverance inspired this foundation, but it’s your support – from the beginning and through these tough times – that allows us to keep serving those who serve us.

From all of us at JAH4WW, thank you.