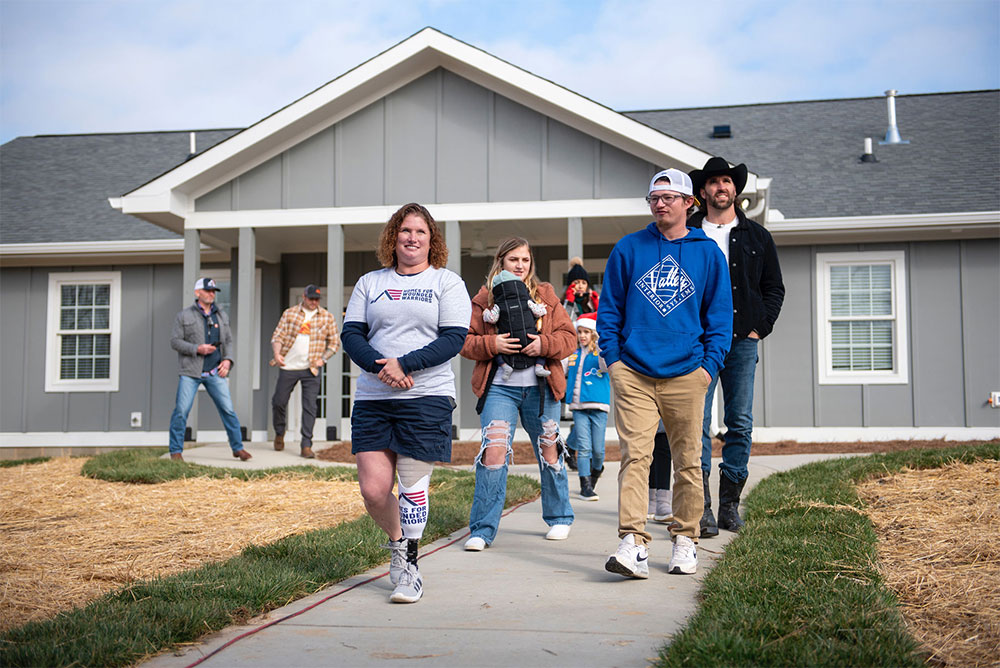 Sergeant Stephanie Vazquez, born in Charlottesville VA, was raised by her parents along with her four brothers in Williamstown West Virginia.
She moved to Oceanside, CA in October of 2005 when she enlisted in the Army. A single mother, Stephanie joined the service hoping to be able to provide and support her small family but quickly became extremely dedicated to the military and showed great promise.

Seven years into her service she was handpicked by the Commander and Sergeant Major of the Battalion to be the NCOIC of the BN FET (Female engagement team). She deployed overseas to attend the first Female engagement team school in Baghram Afghanistan where her life would be forever changed.

Three weeks before her team would be returning to the US she was on a routine patrol when the unit started taking small arms fire, RPG’s, and motor rounds. It was during this fire fight that Stephanie sustained the critical injuries that she is still dealing with to this day. Although she was severely injured Stephanie made the decision to stay in Afghanistan in order to train the unit coming in to replace them.

Once back state side she started down her long road to recovery. She underwent 18 surgeries on her lower left leg as well as three spinal cord surgeries. Unfortunately, the surgeries to salvage her leg were unsuccessful and the decision was made to amputate the limb.

Since the loss of her leg, she has relearned how to participate in her favorite extra-curricular activities such as hiking, walking, horseback riding, snowboarding and her new love playing sled hockey with the Nashville Predator Sled Hockey Team.

Stephanie and her daughter lived in Tennessee, in a home where as an amputee, stairs were dangerous obstacles, showering was a perilous task, and the absence of other accessible features made everyday life more challenging.

To help make her feel safe and more independent at home, Jared Allen’s Homes for Wounded Warriors purchased land in Portland, TN and built a mortgage-free, 100% accessible and custom home for Stephanie and her daughter.

On December 20th, 2021, Stephanie received the keys to her new home. She is grateful for the added security and independence it brings for her. It’s a feeling of safety and ease that many wounded veterans don’t experience when living in a home that’s not accessible to their needs.