Army Ranger Staff Sergeant Travis Dunn was presented with the Bronze Star Medal for Valor and the Purple Heart after being wounded in combat on December 2, 2014 in Afghanistan. On that day, SSG Dunn and a group of Rangers with Bravo Company, 1st Battalion, 75th Ranger Regiment, and Afghan special operations soldiers were on a joint operation in Nangarhar Province when they came under attack. The group sustained six hours of direct fire engagement. Despite the assault, the unit cleared multiple insurgent-held compounds and killed more than 25 enemy fighters in addition to rescuing a wounded Ranger.

SSG Dunn showed great bravery in the exchange, closing with an armed enemy in a close ambush, as well as on three barricaded shooters. During the assault, SSG Dunn was shot in the upper torso and fell from an embankment, resulting in paraplegia.

On Friday, January 22, 2021 Army Ranger Lead The Way, Jared Allen’s Homes for Wounded Warriors and its national and local partners presented SSG Dunn and his family the keys to a brand new, mortgage-free, injury-specific accessible home in honor of his service and sacrifice.

To ease Dunn’s daily challenges, the home is designed to be fully compliant with the Americans with Disabilities Act (ADA) with features that include: an open floor plan, wider hallways, and doorways to accommodate wheelchair, scooter, and prosthetic use; roll under countertops and sinks; and arguably most importantly, bathroom accessibility amenities that include barrier-free showers with roll-in access, grab bars, seating, and a height adjustable shower head.

“It’s the simple things like bringing in groceries, cooking a meal or taking a shower that will have the most impact on my day-to-day life in our new home. So, it’s hard to imagine all of the ways a home specifically designed to accommodate my injuries will allow me and my family to live a more comfortable life.” said SSG Dunn. “I am incredibly grateful to everyone who helped give my family the American dream.”

Fighting on to the Ranger objective

Florida Carpenters Team to Help a Wounded Vet Get a Home

UNSUNG HEROES: These Rangers Killed 25 Enemy Fighters And Left No Man Behind

‘They put their lives on the line for mine’

After fighting for 9/11 victims, Jon Stewart turns to Warrior Games 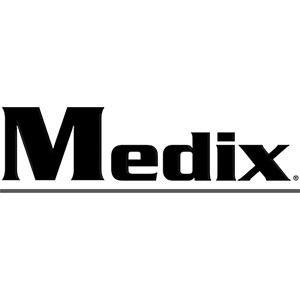